Life and business coach since 2019; leadership is my passion. Some of my favorite things to do are training with gymnastics rings, dancing kizomba and stargazing. I also always found bios in the third person weird.

An Antidote to Fear: Demand a Kind Society and Be Part of It 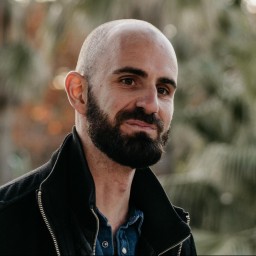 This article is inspired by my own experiences of dealing with fear. There are a bunch of areas in my life where I managed to pretty much eliminate it so I’m going to share with you the perspectives I hold in mind that allow me to do so. Also, we’ll keep this discussion in the context of fears around human interactions as this is where my experience comes from. This means that we’re not going to talk about fear of heights, for instance.

Firstly, it’s wildly helpful to see fear clearly as the act of war that it is instead of just a position of victimism. It seems as though being afraid is just trying to run away from a certain conversation or situation while we’re also creating an enemy that we simply don’t dare to fight. If we look at anger for a moment, it seems more obvious that there’s a “me vs them.” Under the effects of fear, it doesn’t seem so obvious. However, it’s actually just the same. While this might sound harsh, it’s also a great springboard to putting an end to being afraid: fear is a deliberate offense. From a fearful perspective, there’s an assumption that there’s someone we need to fight. We assume the other person is not educated enough or mature enough to respond in at least a kind, cordial or well-mannered way, no matter if, for example, we get a yes or a no if we happen to be asking for something.

This is something I held in mind for most of my life. I thought that people were dangerous and everyone would see me as someone to take advantage of at best, especially women. Luckily though, after putting in good effort to overcome this fear of people I came to see that not everyone is like that. Moreover, I realized that some will even like me and be happy to hang out with me. I got to the conclusion that people actually have the moral obligation to at least be kind, cordial, or well-mannered to others. Me included.

By obligation I mean that it’s a really, really good idea to be kind, cordial, or well-mannered; it has a positive effect on society by not creating destructive environments and situations, to begin with. There’s absolutely no need to attack anybody in any way and the attack will actually come around to the attacker in the short or long run. Intentionally hurting other people or trying to make them feel bad doesn’t accomplish anything positive for anyone at all. Of course, nobody is going to be shamed for not being a good person but it’s still pretty obvious that everyone would benefit if this was the norm. Having the courage to demand this from society is to me the first step.

This is the perspective that helps me grow my fearlessness muscle in life. We all have the moral obligation to be good. Hence, while being afraid we’re not being either kind, cordial, or well-mannered; not to even mention loving. It’s what animals would do, not people. If I’m afraid, I’m activating my defenses in the same way that an angry person activates her attack mechanisms, it’s the same position since an enemy is perceived, only that it can be more difficult to see this around fear. Imagine that someone was afraid of you by only seeing you from a distance for the first time. Wouldn’t it be completely irrational? Wouldn’t it feel like they see you as some kind of monster? If everyone around you behaved like that, you’d either see that what they’re doing is not positive to their relationship with you or end up thinking that you have some sort of problem you’re not aware of.

Please see fear as something that you’re doing, not something that magically happens to you or that it’s part of who you are; it can be stopped. Be responsible for it, it has to do with the movies you play in the projector of your mind. It’s not okay to hold onto fearful thoughts in the same way that it’s not okay to litter; it’s self-indulgence based on the emotional pleasure of juicing negativity. Stop assuming people are enemies and be curious instead of judging them. Having said this, by no means I’m implying that being afraid is to be punished, it just needs to be relinquished once a more useful understanding, such as this one, of such emotion has been attained.

Thanks to this point of view I’m personally not afraid of public speaking, it actually energizes me. It’s the same for any kind of public performance that I might get involved in. On the one hand, I have to say that I love the spotlight. On the other hand, thinking that people have the moral obligation to be good helps me be in those situations for what they are, regular daily interactions with people. Once it’s clear that not only not everyone is bad and that you and everyone else have an obligation to at least be kind, cordial, or well-mannered, you can tap into solid sources of confidence to go about your life.